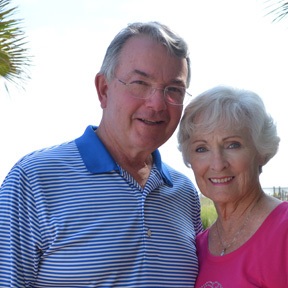 30 years experience in Latin America serving as jungle pilot evangelist and church planter in Colombia, Argentina, Paraguay and US.

Founder of Libros Aguila Publicaciones (a Christian School textbook publications in Spanish) and Branches Publications in the US.

He planted seven churches in four countries before returning to the US to teach at Liberty University for 17 years. Now Don is serving in Latin America and is part of the administration and faculty of the Online Spanish Masters program at Piedmont International University in Winston Salem, NC.

He is living in Pensacola, FLA, caring for his aging mother and writing books, making videos and other training tools especially in Spanish.

Courses taught at Liberty University and Liberty School of Divinity:

Trends and Issues in Missions

Biblical Theology I and II

History and Survey of Missions

Church and Missions for mobilizing churches for global ministries

* These books are also available in Spanish.

Trends and Issues in Modern Missions

What in the World is God Doing? – An Introduction to Missions

Mission Accomplished? – A History and Survey of Missions

Theologies that have Molded Missions: A Review of Issues in Theology

*Walking His Way: A Daily Devotional Bible Study on the Commands in the NT with an additional Workbook for classes

*Ten Steps of Discipleship, along with a 90-Day Devotional Challenge workbook

*Gifts for Today: An analysis of the sign gifts for today

Don and Jan have been married since 1965. They have four children, all married, and nine grandchildren. Don’s main hobbies are golf (6 handicap) and flying. In 2006 Don teamed with Steve and Jesse (son) Saint and the Waodoni Indians (formerly “Aucas”) to help them start an aviation industry of building airplanes in the jungles of Ecuador. Together they built a 200 mph, 4-place, RV-10 Experimental Aircraft that he flew for four years.

After thirty years as a missionary in South America, Don was asked to come to Lynchburg to develop a number of training programs in Spanish for Dr. Jerry Falwell and then to develop the Department of Inter Cultural Studies at Liberty University.

His ministry began as an Associate Pastor in Garland, Texas, under Dr. Gary Coleman, Lavon Drive Baptist Church. Three years later the Fannings began their service in the jungles of Colombia where Don was a jungle pilot and evangelist for seven years evangelizing small river towns and Spanish-speaking tribes, Mirañas and Yucuna. When the government forced their departure from the tribal areas, Don founded a church in Bogotá and helped start the Bogotá Baptist Bible Institute.

After a three years leave-of-absence in the US for Seminary training (M. Div) at Capital Bible Seminary and the founding of Fellowship Baptist Church in Burke, Virginia, Don was asked to become the Academic Dean of the Word of Life Bible Institute in Argentina, where he served for seven years.

Due to excessive taxes (i.e., 52% social security tax for every employee), in 1994 Don moved the publishing ministry, Libros Aguila, to Asunción, Paraguay. In 1996 Don joined two Paraguayan leaders in a small church, New Life Baptist Church. In the next four years it grew from 60 to 450 (currently 1300!), becoming the fastest growing Baptist church in Latin America (we think).

In the summer of 2000, with the church ministry flourishing and publishing in over 600 schools in 14 countries and both totally under national leadership, the Fannings saw it was time to “pass the baton” on to national leadership. Upon returning to the states, Dr. Jerry Falwell asked the Fannings to join him in Lynchburg. In the fall of 2001 Don became the Director of the Inter Cultural Studies Department as well as the Director of the Center for Global Ministries at Liberty University. Don also co-teaches the Logos Bible Class at Thomas Road Baptist Church along with Dr. Jim Borland.

In 2011 Don started Branches Publications to produce textbooks and discipleship materials to be available online in multiple languages.

In 2012 Don was asked to become the Director of the Global Studies Department in the Liberty Baptist Theological Seminary as well as continue to teach in the University.

In addition to teaching at Liberty, future projects include developing a coaching ministry for leaders, production of tools for Bible teaching and missions, creating a bilingual Christian School textbook series, and developing an international leadership training and a Global Focus local church ministry. Don takes students on short-term trips and teaches and preaches in conferences in the US and throughout Latin America.

In 2013 Don taught some Introduction to Missions courses at Mobile Ed, a new online division of Logos Bible Software for training thousands who cannot attend a formal education. Logos has also included Don’s books in the Logos Bible Software Library in English and Spanish.

Now Don is serving in Latin America and is part of the administration and faculty of the Online Spanish Masters program at Piedmont International University in Winston Salem, NC. He is living in Pensacola, FLA, caring for his aging mother and writing books, making videos and other training tools, especially in Spanish.